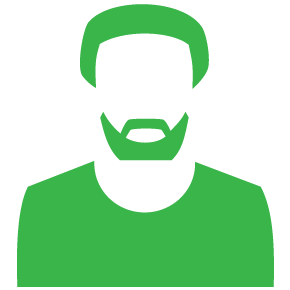 Hi there, my name is Neil. I am excited to share my knowledge about tree service with you all. My land is absolutely covered in fruit trees. Before I started providing the trees with regular care, they did not produce much fruit each year. I worked with a tree service professional to see if we could improve their yields across the board. My tree service professional eliminated pests and improved the health of my trees in a short span of time. The trees started producing fruit in abundance after that point. My site will explore the extreme level of care provided to trees by these dedicated professionals.

Bark is like the protective skin on a tree. With the exception of a few tree varieties, such as some maples, the bark shouldn't crack, peel, or flake off of the tree. In fact, this can be a sign of distress. One alarming condition that can affect the health of the tree's bark is bark splitting. Understanding the causes can help you determine whether or not the tree can be saved.

Extreme temperature changes are the most likely cause when splitting occurs in winter or very early spring. These cracks usually start on the side of the trunk that receives the most sun exposure and they typically run vertically, although they may also form horizontally. Sometimes there are no visible splits, but the bark peels off a few days or weeks later.

The cause is when the heat of the sun, especially on a warmer winter day, causes the sap beneath the bark to begin to move. Then, cold temperatures move in at nightfall, causing the sap to free and expand. This results in split bark. Minor splits and cracks aren't usually cause for concern and the tree will recover. It's best to ensure this doesn't happen repeatedly, though. Wrapping the trunk in burlap can insulate it against the temperature fluctuations. Just remove the burlap once spring arrives.

Sometimes cracks appear after a drought. This is most common when a prolonged dry period is followed by an extremely wet period. Cracks can appear either vertically or horizontally.

The cause is a rapid growth cycle after a prolonged drought-induced period of slow growth. The tree makes up for lost time and grows so rapidly that the bark can't keep up. Usually the tree recovers on its own, although it will bear the scars of this rapid growth for the rest of its life.

In some cases cracks appear due to pests operating in the layer of the trunk just below the bark. As they feed or burrow, the bark is separate from the tree and it cracks or peels off. Borers are the most common culprits. There are usually small entry holes near the damaged area, then small tunnels in the wood beneath the bits of damaged bark.

Bark beetles are another likely culprit. They actually feed on the inner bark layer, which causes the outer layer to crack and fall away. Both borers and beetles are difficult to kill with pesticides. Instead, it's better to keep a tree healthy and vigorous through regular watering and fertilization so it can recover on its own.

For more help with bark issues, contact a tree service, such as Northern Virginia Tree Experts, Inc., in your area.